The unknown benefits of  B17 for health OR Casinovita, the natural source of  B17

Casinovita B17 is a natural product that contains apricot kernel extract, an important source of B17. These natural capsules are important for maintaining optimal health. Vitamin B17, also known as amigdaline, is important in preventing the worst disease of the century, cancer. Amigdalina is the one that gives the taste of apricot, being used since ancient times to treat various diseases.

Amigdaline, the active ingredient of B17, was known and used in China and in ancient Egypt thousands of years ago. This substance was extracted from bitter almonds. The therapeutic effects of amigdaline are mentioned in an Egyptian papyrus 5000 years ago.

Among the beneficial effects of this substance that were mentioned in that old document are those on the skin, namely the healing of some tumors. Also, the inhabitants of the Roman Empire and the ancient Greeks were very aware of the benefits of amigdaline on health. Furthermore, members of native American tribes, such as Navajo and Karakorum, frequently drink beverages made from amygdalin-rich fruit seeds. No cancer cases were reported among these people.

It is important that  B17 supplements are given at fixed times.

B17 was first isolated in 1950 by scientist Ernest Krebs.

B17, useful in preventing and treating cancer

Some studies in the field suggest that B17 helps prevent cancer. A study by scientist Dean Burk, from the National Cancer Institute, showed in a series of tests on animal tissue that vitamin B-17 had no harmful effect on the normal cells of the body, but it led to the destruction of cancer cells.

In another series of tests, Dr. Burk showed that amigdaline led to the life extension of 80% of mice with cancer cells, unlike mice that had not undergone such treatment.

Administered along with vitamin A,  B17 has an effect against prostate cancer because of the fight against the cancer cells. B17 can help regress cancer cells and tumors because it helps to destroy mutant cells, a mechanism called apoptosis. Apoptosis is a programmed cell death mechanism, considered an important part of cancer treatment.

In a study conducted by the Department of Physiology at South Korea's Kyung Hee University, when the amygdalin extract was combined with human prostate cancer cells, the extract significantly contributed to the programmed destruction of cells that were responsible for prostate cancer. The researchers concluded that amigdaline may be a natural option for treating prostate cancer.

B17 interacts with other antioxidants - including vitamin A, vitamin C and vitamin E - and together with pancreatic enzymes also helps to remove cancer cells from the body.

Other benefits of B17 for health

This vitamin has antihypertensive properties, which means it is useful for people suffering from hypertension because it helps keep blood pressure under control. As a result, it also helps prevent cardiovascular diseases. It is important, however, not to take vitamin B17 supplements together with blood pressure lowering medication in order to avoid side effects.

It also helps to regulate blood cholesterol levels. An elevated level of bad cholesterol is associated with an increased risk of heart disease. Other studies have shown that amigdaline is beneficial for relieving arthritis pain. Another role of this is to provide protection to the urinary system.

B17 is also known to strengthen the immune system, being a general tonic. A powerful immune system prevents infections and reduces the duration of healing for people who have already become ill. A study published in the International Journal of Radiation and Biology found that amigdaline can stimulate the immune system by leading to a significant increase in the ability of white blood cells to attack harmful cells.

It is also useful for detoxifying the body, as it stimulates the liver function. It is said that  B17 helps eliminate the damaging cells that could turn into some cancerous ones before this happens. Thus, the risk of cancer is significantly reduced.

B17 is also thought to help by stimulating the detoxification process by stimulating liver function. The liver is one of the most important organs of the body, involved in the metabolism of carbohydrates, lipids and proteins, as well as in the storage of minerals and vitamins. Vitamin B17 also helps remove toxins from the body. A detoxified body can face much better the illness, and it's also a way to raise the tonus. Detoxification also helps to energize, which means better capacity of concentration.

It is also useful for hair health. Many people experience hair problems because of the fact that it breaks easily and lacks brightness and vitality. B17 helps maintain hair health, making it stronger.

In the Casinovita B17 supplement, 3-5 capsules per day contain the optimal B17 level for the body.

With regard to administering this supplement to adults, it is recommended to use 3-5 capsules a day, and for children, the recommended daily dose is one half a capsule. 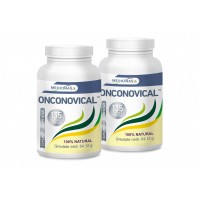 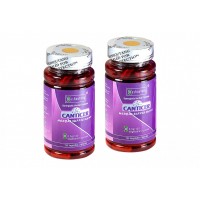 The treatment is naturist, based on 7 essential plants; it helps restoring the body by regulating th.. 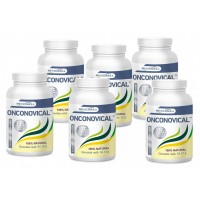 DescriptionONCONOVICAL is a unique product based on 19 herbs and active substances that can restore .. 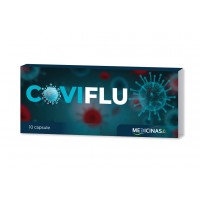 What can we treat and prevent with COVIFLU?The specialists at Medicinas created Coviflu, a naturist .. 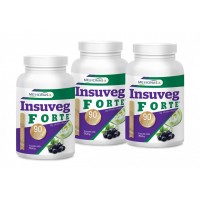 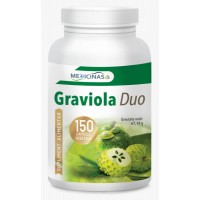 Graviola DuoGraviola - the most well-known cancer remedy!One of the most effective natural remedies .. 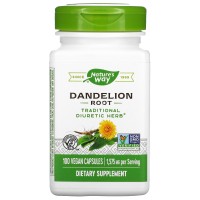